“I always thought the NDIS was there for everyone, this wasn’t the case for me.” 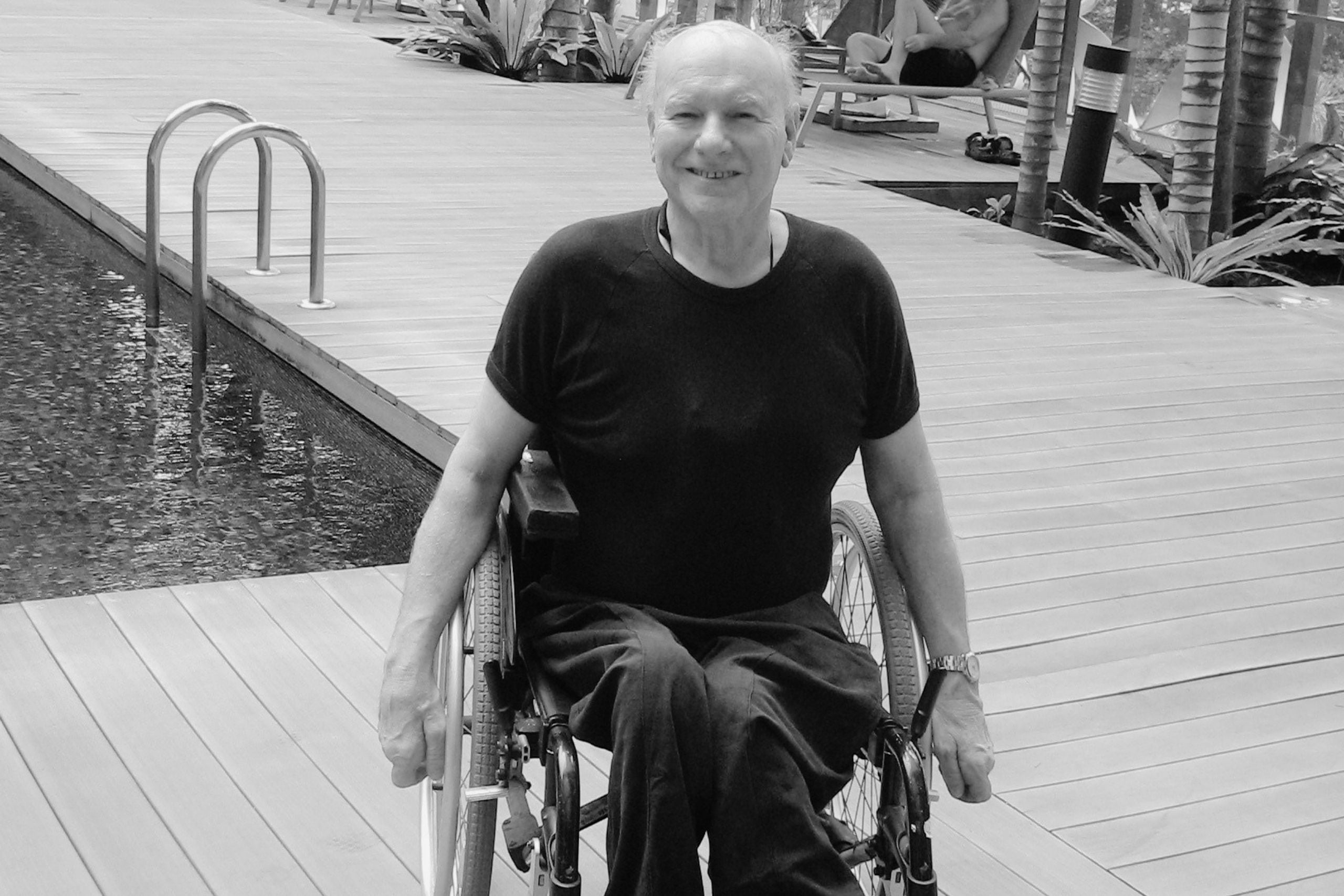 At the age of six, Peter was hit by a speeding taxi, resulting in a broken thigh bone and a lengthy stay in traction. Peter contracted polio while learning to stand again.

“Initially, I had almost total paralysis, being unable to move my limbs or lift my head. After being sprung from Fairfield Hospital, I regained upper body strength, but the legs remained paralysed, so since then I have needed two callipers and crutches to get around”

Peter won a French government scholarship to study in France, and obtained a doctorate.  Upon returning to Australia he became an advocate for people living with disabilities.

“I joined the Board of Post Polio Victoria (PPV) after meeting people involved in it and was impressed by its work for polio survivors, which is going from strength to strength”.

“I always thought the NDIS was there for everyone, this wasn’t the case for me.  I believe it’s totally unacceptable for Australians to be treated differently just on the basis of their age, in fact it’s pure discrimination”

“It is unlawful under the United Nations Convention on the Rights of Persons with Disabilities; Australia is failing in its commitment. I am determined to change this situation for myself and others”

Help Peter and the Disability Doesn’t Discriminate campaign achieve its goal of making the NDIS available for all. Sign the petition today!